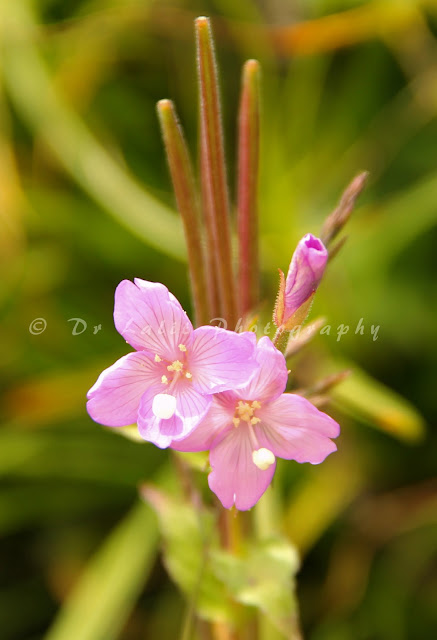 ROYLE'S WILLOW-HERB/ EPILOBIUM:
Royle's Willow-Herb is a perennial, erect or ascending herb. Stem-leaves are narrowly ovate to lanceolate, sometimes elliptic or oblong-lanceolate, hairless with faintly hairy margin and midvein, base narrow to rounded, margin densely toothed. Petals are pink to rose-purple. Stigma is round to broadly club-shaped, entire. Capsules are strigillose, glandular. Flower-stalks are long. Seeds are light brown, papillose, with short chalazal collar; coma white, detaching easily. Royle's Willow-Herb is found in the Himalayas, from Afghanistan to Bhutan, at altitudes of 1400-3300 m. 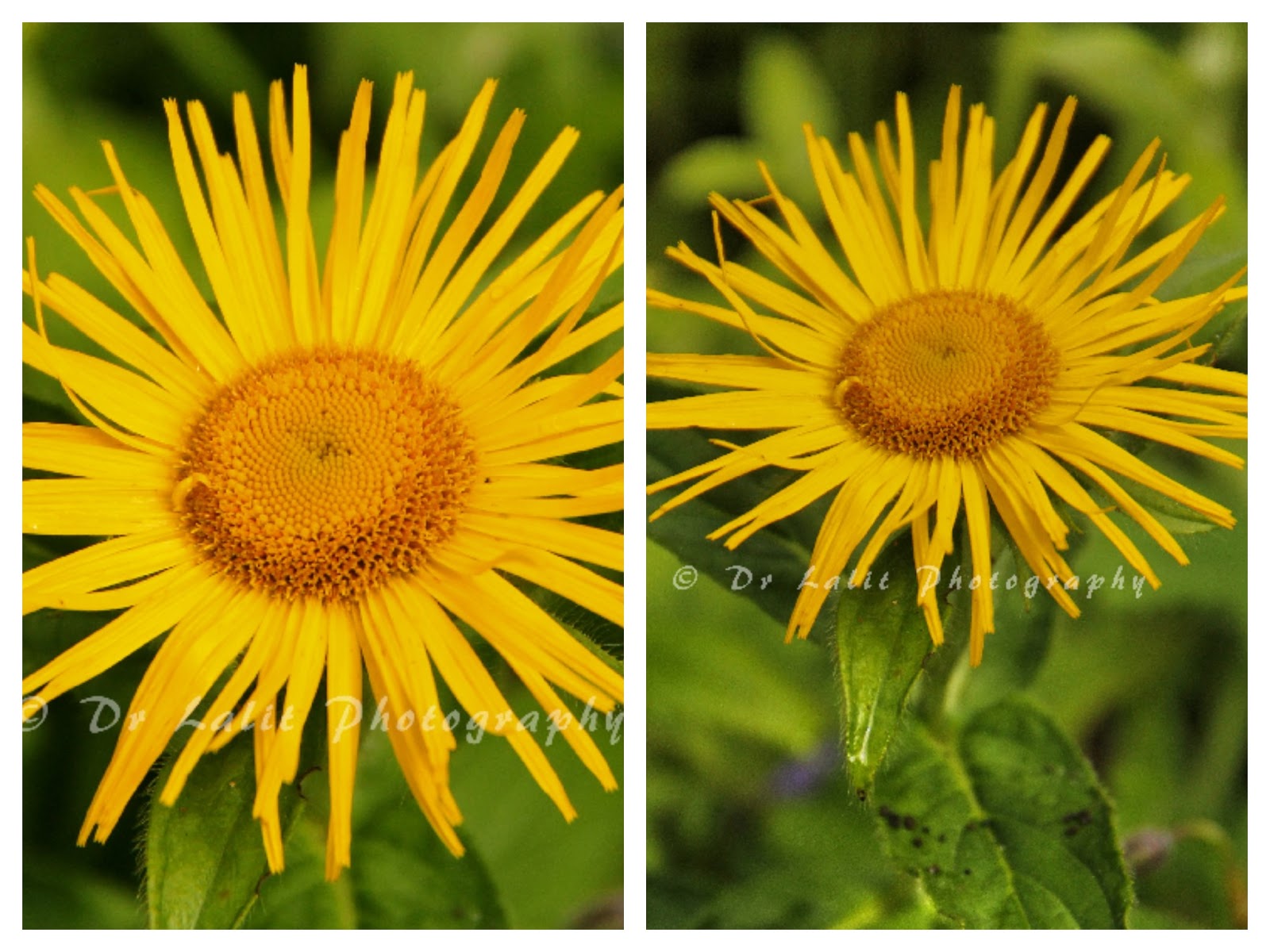 SHOWY INULA/ INULA ORIENTALIS:
This flower was taken at the altitude of 11000ft a part of Distt. Kinnaur, Himachal Pradesh, India. The Showy Inula, a member of the Sunflower family, is found at altitudes of 1,800 to 3,600 meters. A postal stamp was issued by the Indian Postal Department to commemorate this flower. 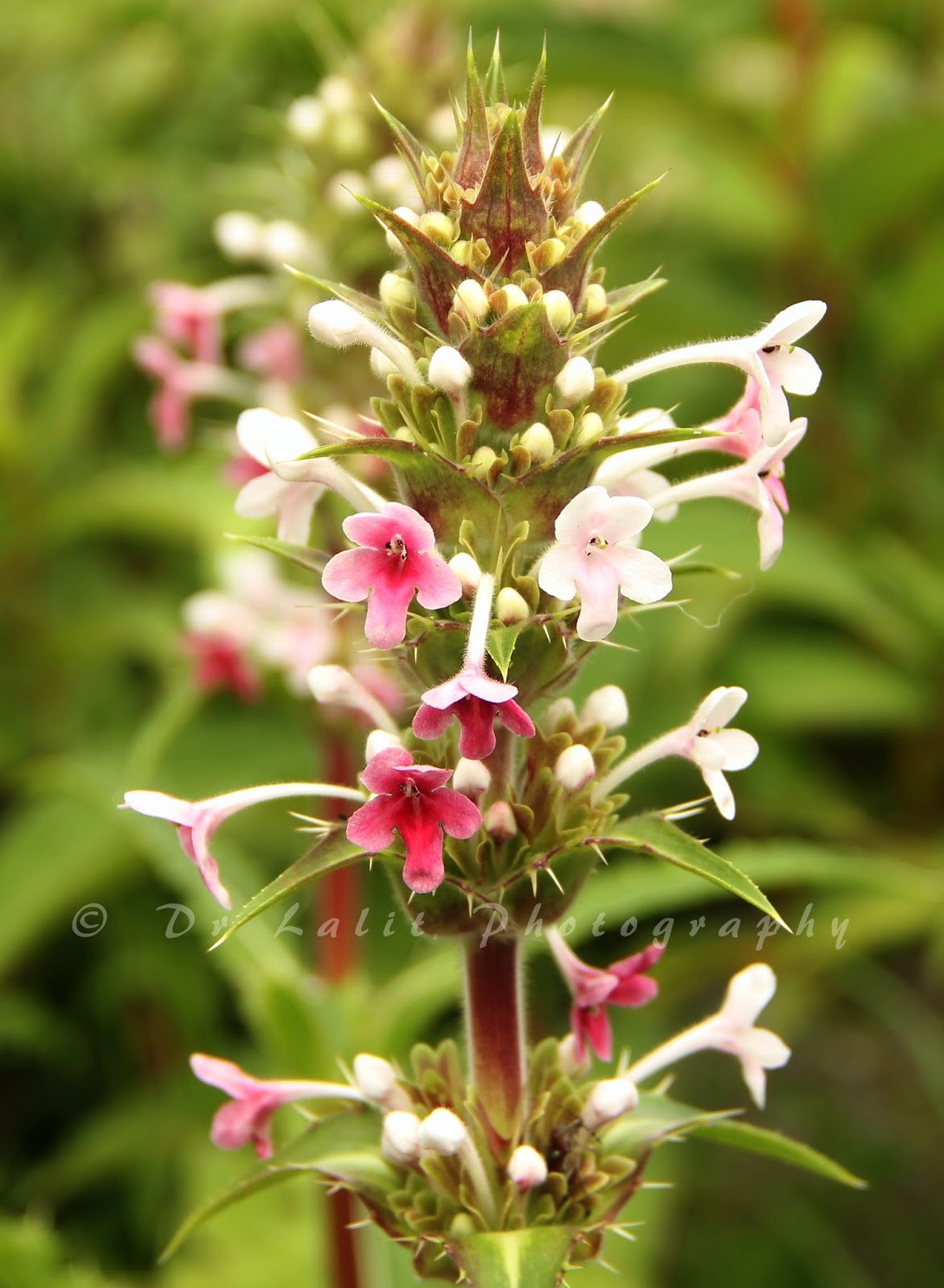 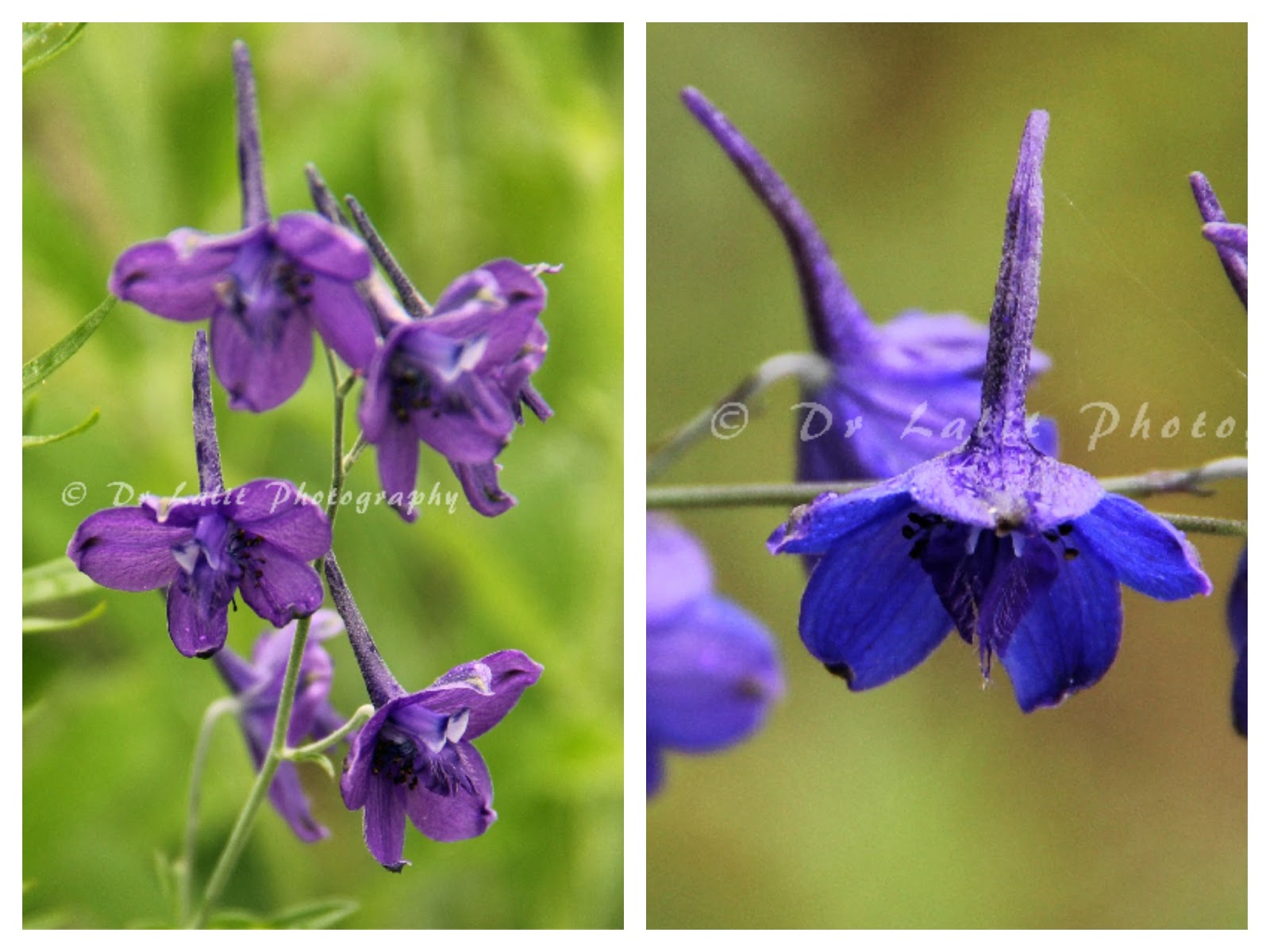 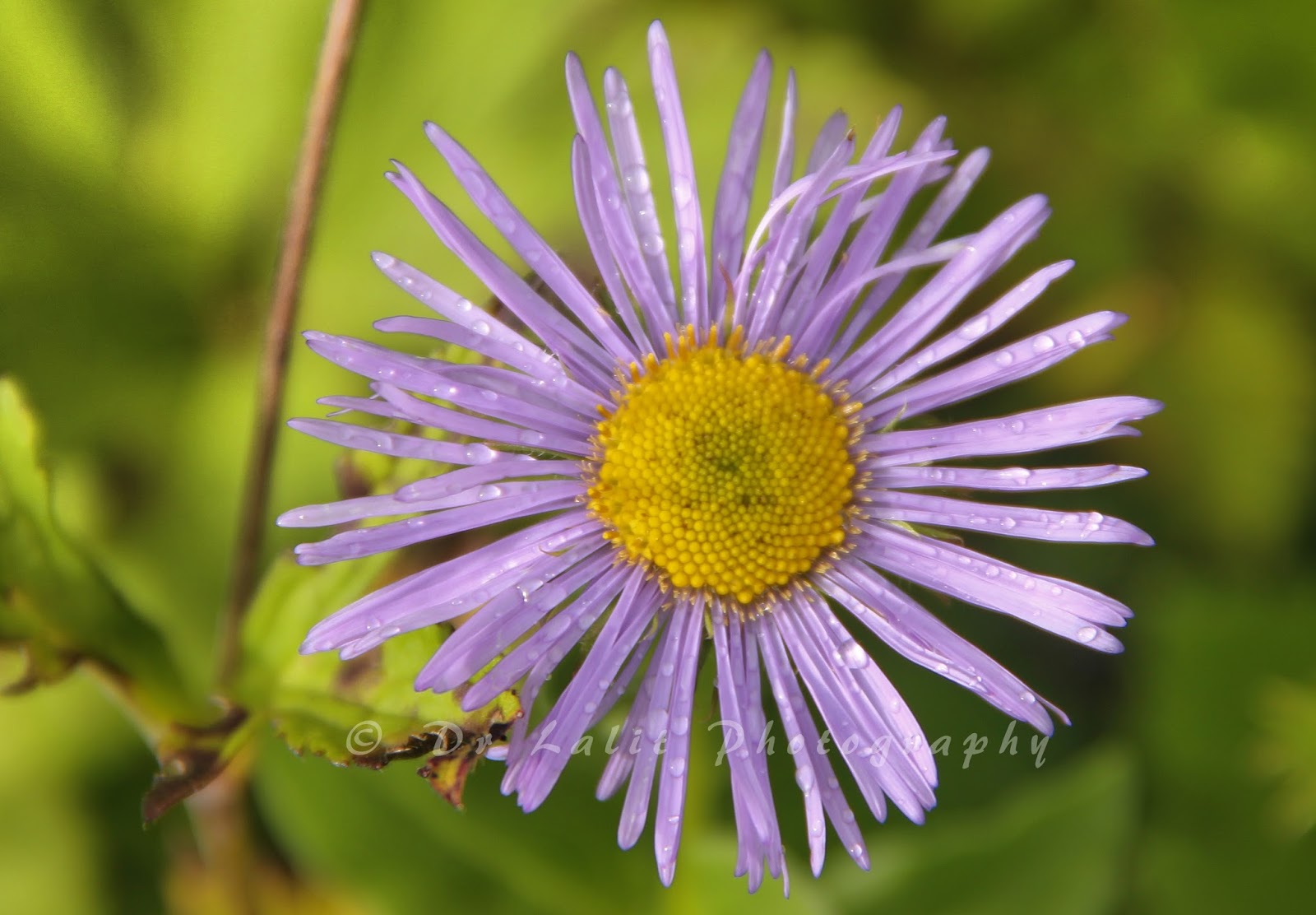 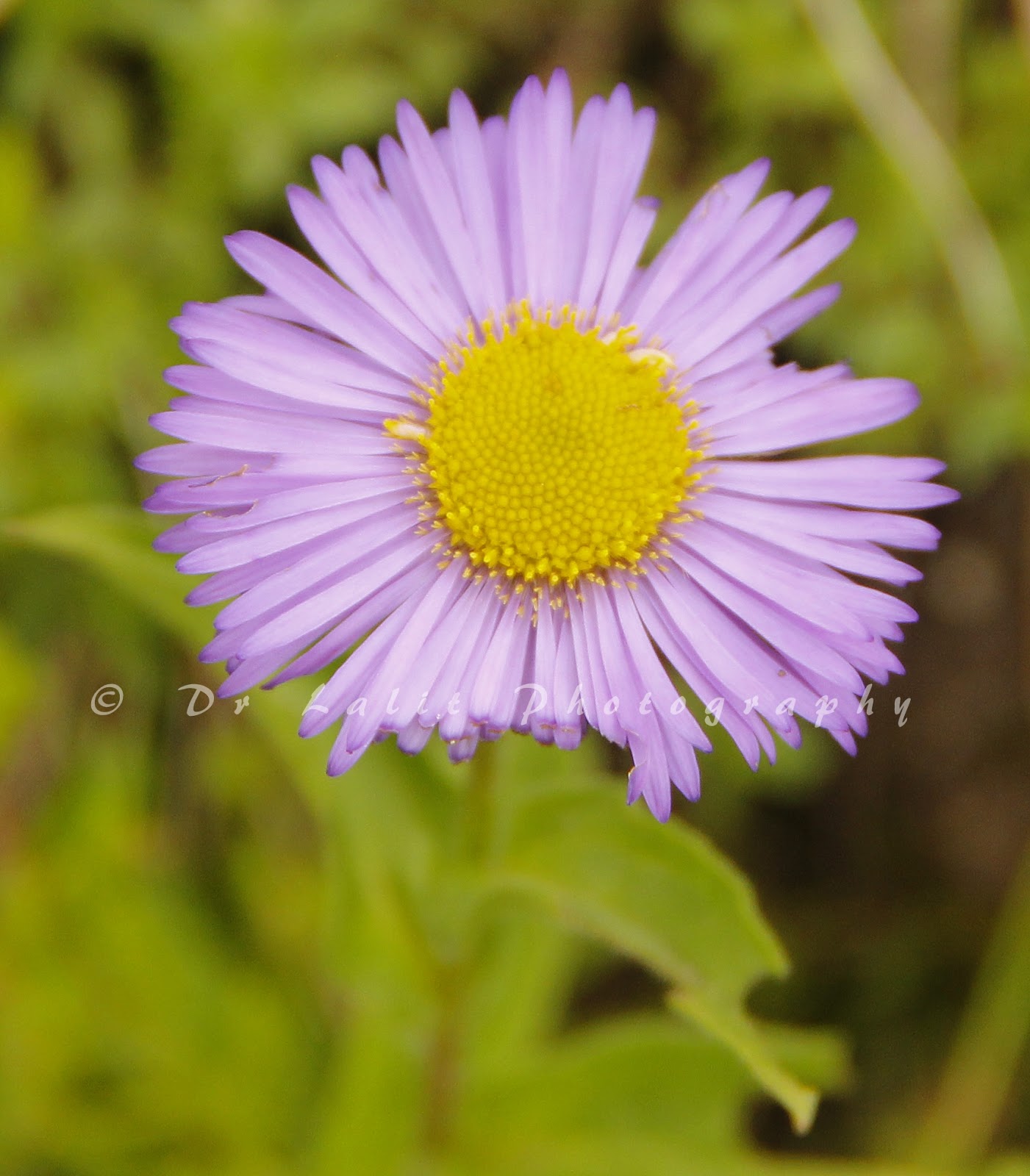 HIMALAYAN ASTER/ ASTER HIMALAICUS:
Himalayan Aster is a low-growing spreading leafy perennial herb with numerous very narrow lilac ray-florets, and a yellow or purple-brown center. Aster is found on open slopes in Eastern Himalayas, from C. Nepal to Sikkim and SW China, at altitudes of 3600-4500 m. 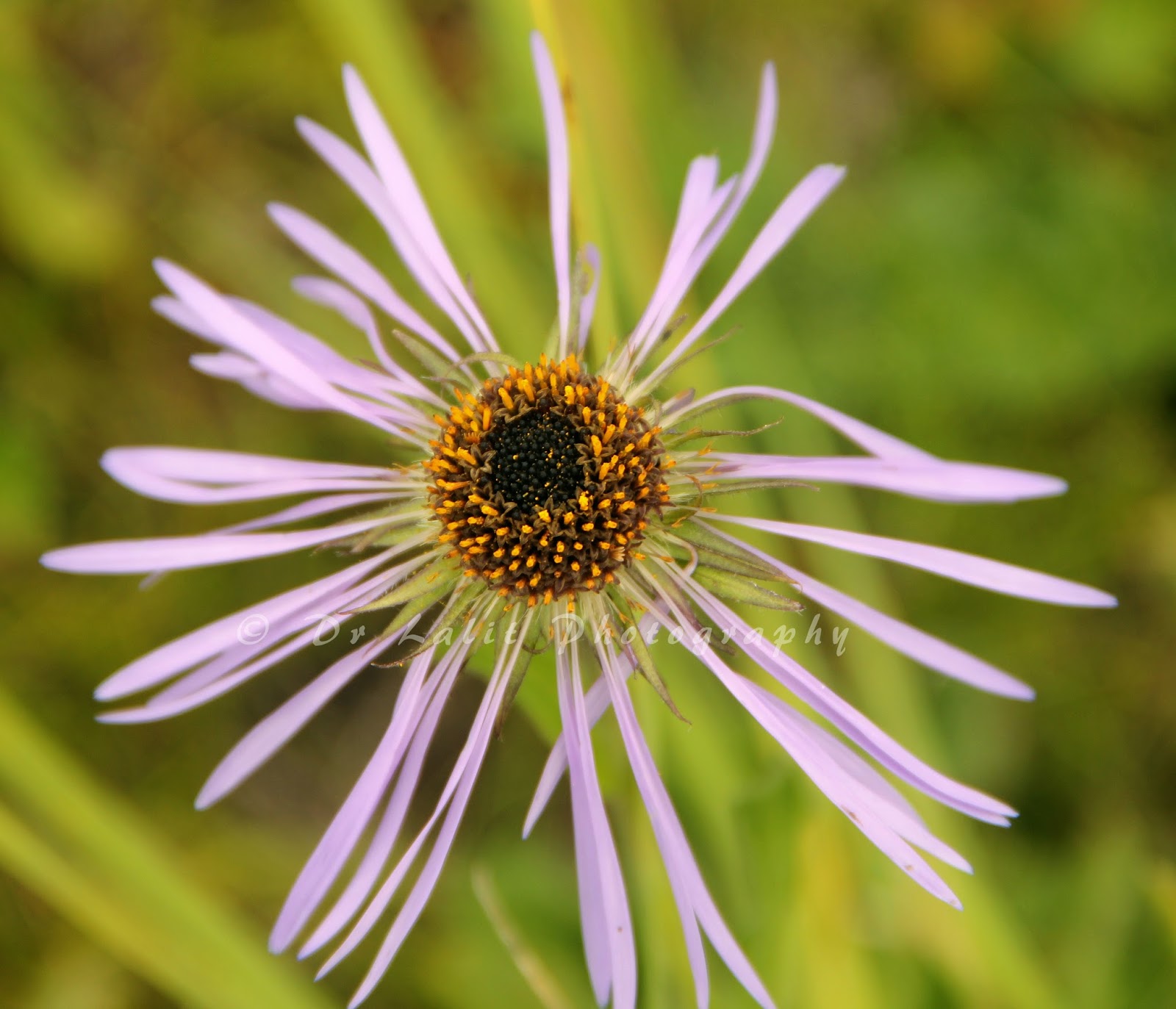 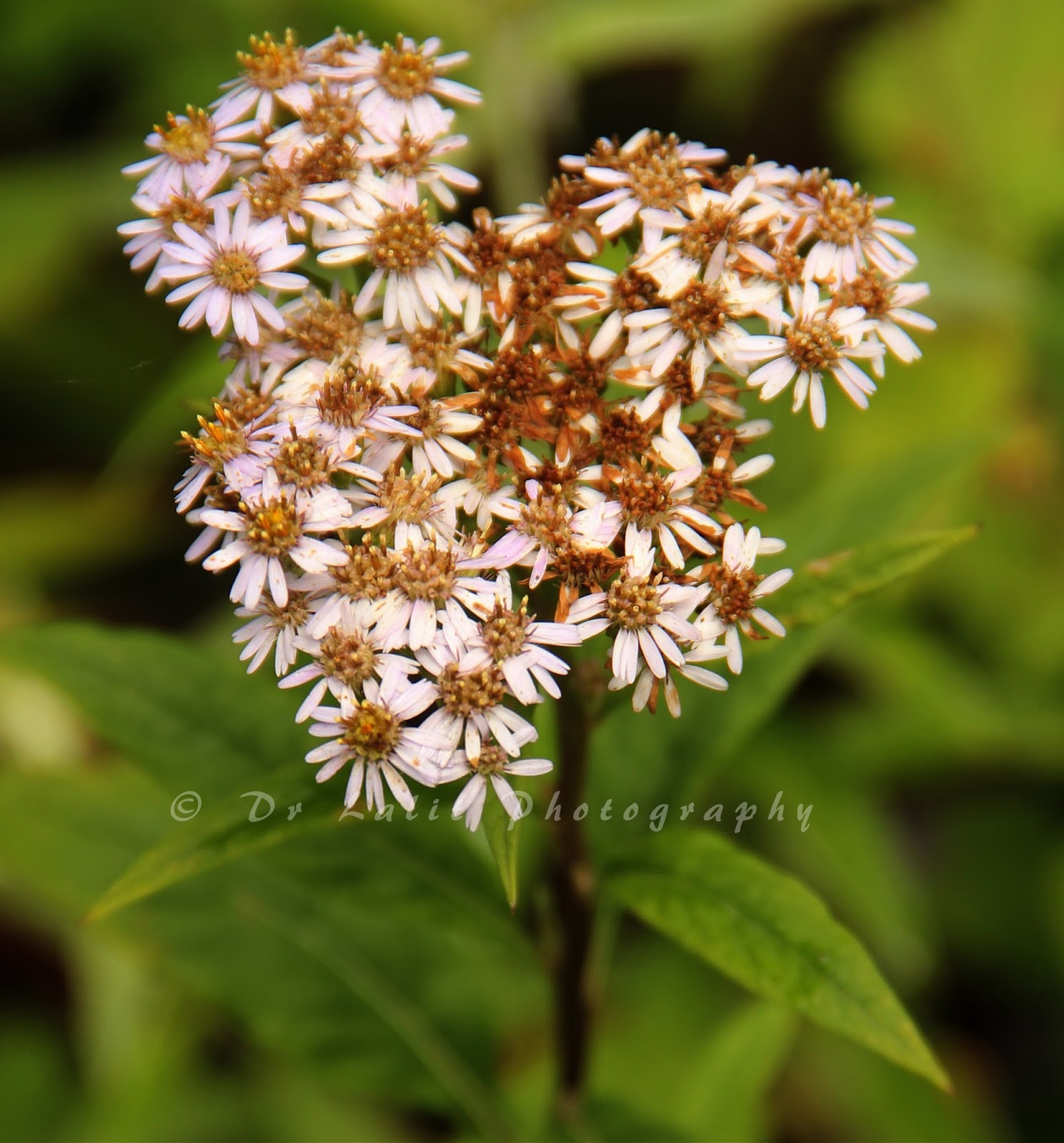 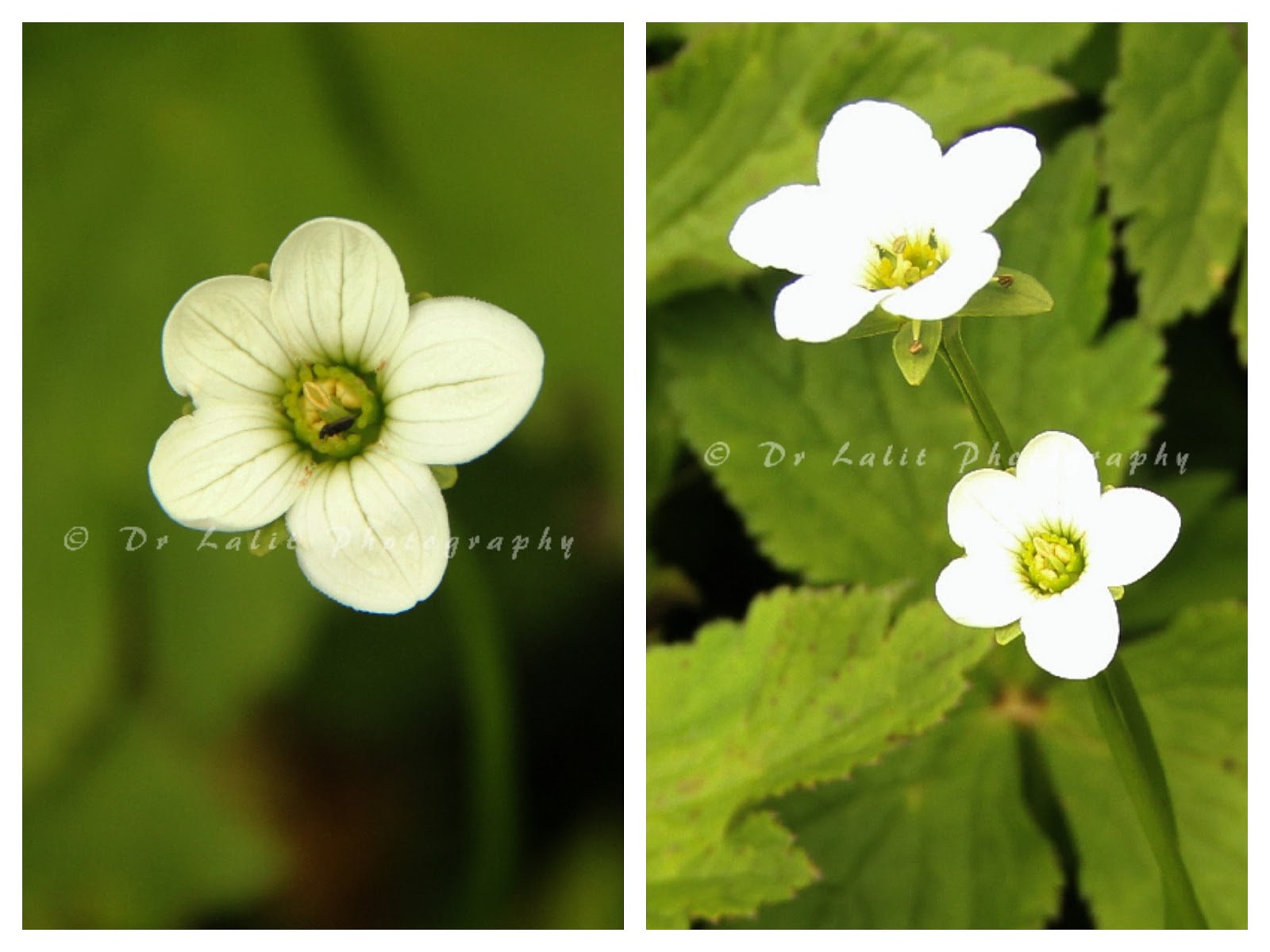 HIMALAYAN BOG STAR/ PARNASSIA NUBICOLA:
Himalayan Bog Star is a perennial herb easily distinguished by its solitary white flower borne on a slender stem, with a single stalkless, stem-clasping ovate leaf arising from below the middle of the stem, and many many stalked leaves at the base.Himalayan Bog Star is found in the Himalayas, from Afghanistan to SE Tibet, at altitudes of 2900-4300 m. 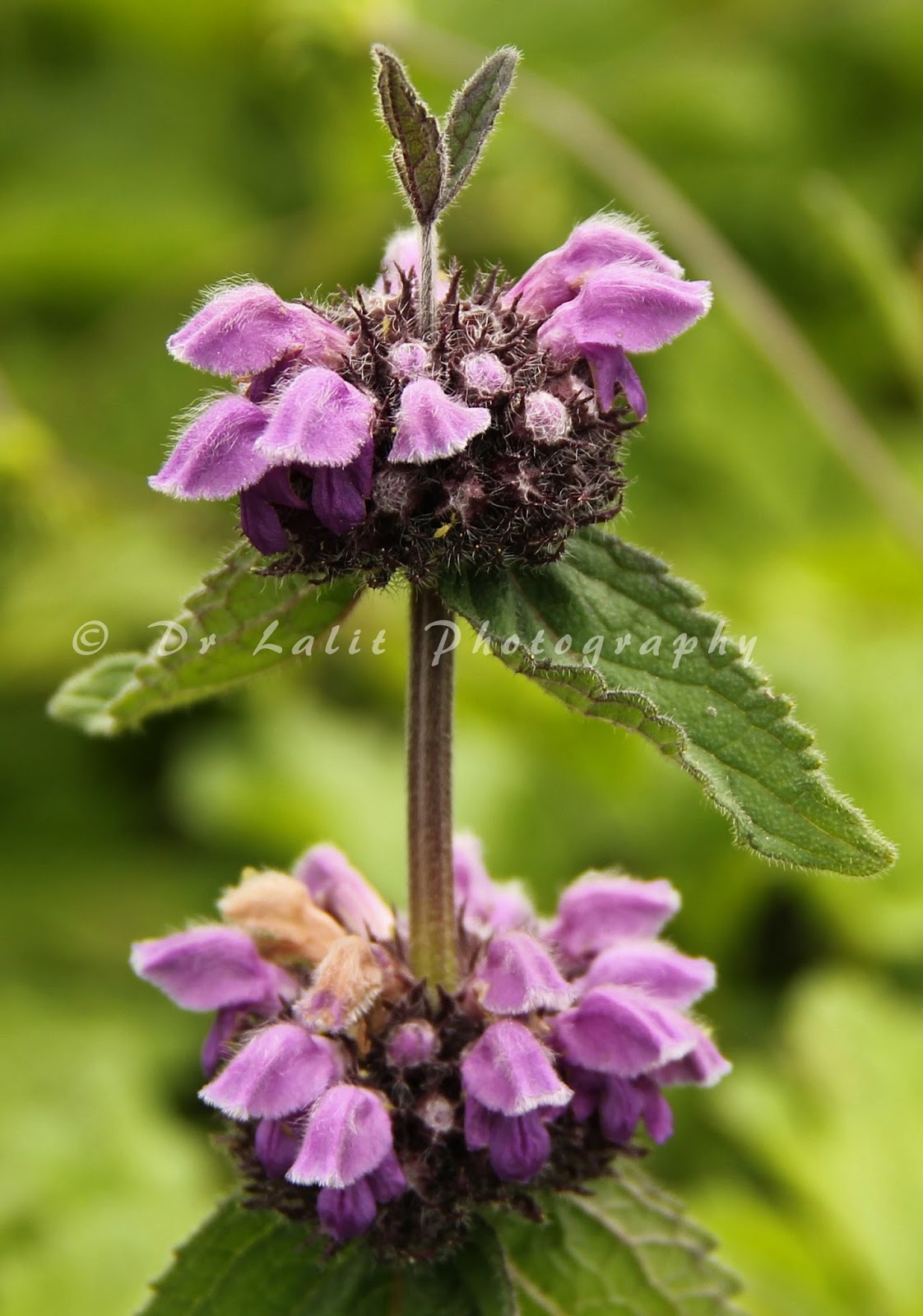 PURPLE JERUSALEM SAGE/ PHLOMIS BRACTEOSA:
Purple Jerusalem Sage is an erect hairy perennial. Leaves are heart-shaped, toothed and have stalks. Each leaf pair occurs at right angles to the next. Pink-purple flowers appear in few large whorls in an interrupted spike. All parts are covered with hairs. 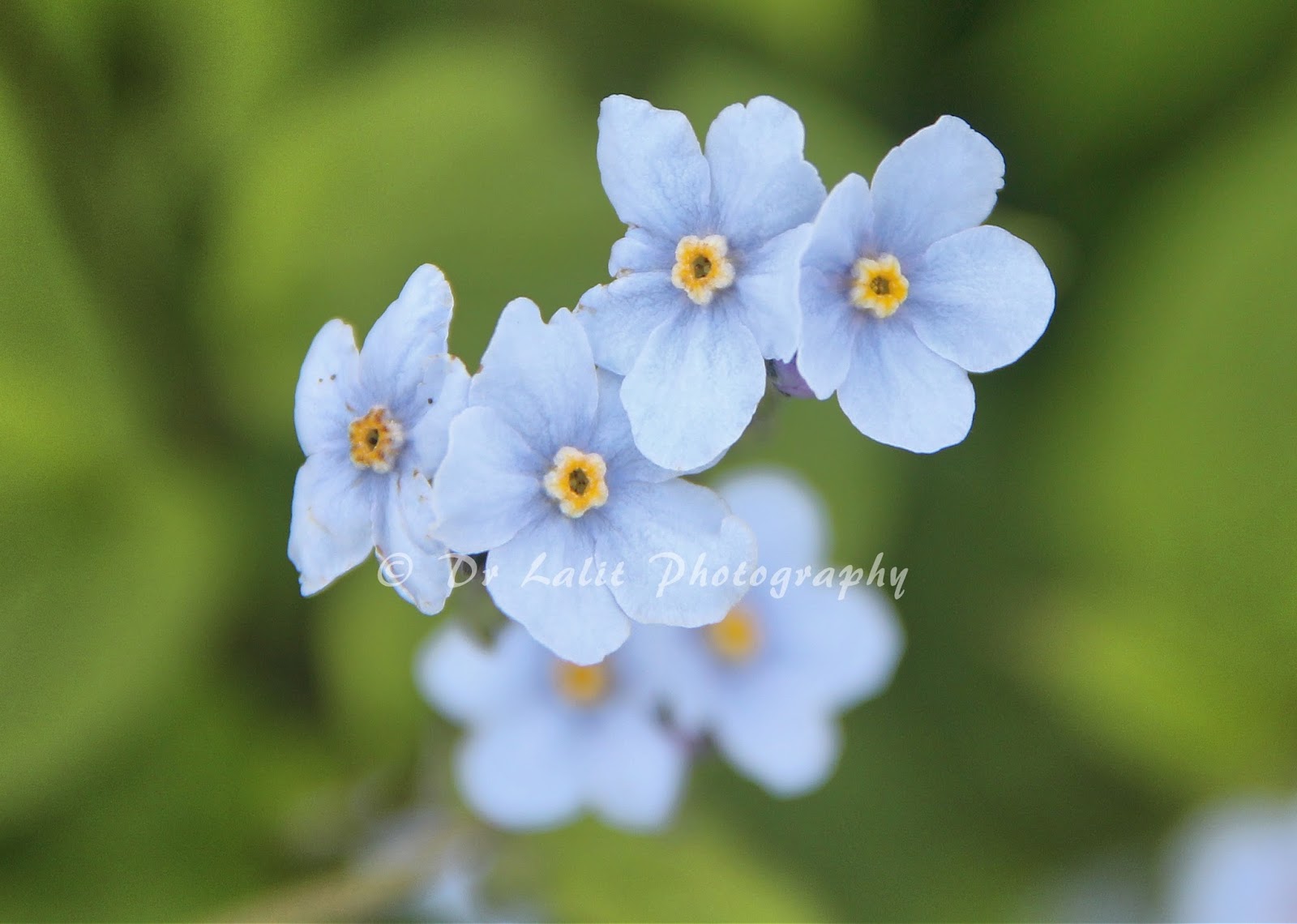 ALPINE FORGET ME NOT/ MYOSOTIS ALPESTRIS:
This small blue flower, with a yellow eye, is the charming forget me not flower, and is quite a common wildflower in the Himalayas.The name "Forget-me-not" was borrowed from Old French "ne m'oubliez pas" and first used in English in 1532. In the 15th century Germany, it was supposed that the wearers of the flower will not be forgotten by their lovers. This is a flower connected with romance and tragic fate. It was often worn by ladies as a sign of faithfulness and enduring love.True Blue. Alpine Forget-Me-Not is found in the Himalayas, from Pakistan to Bhutan, at altitudes of 3000-4300 m. 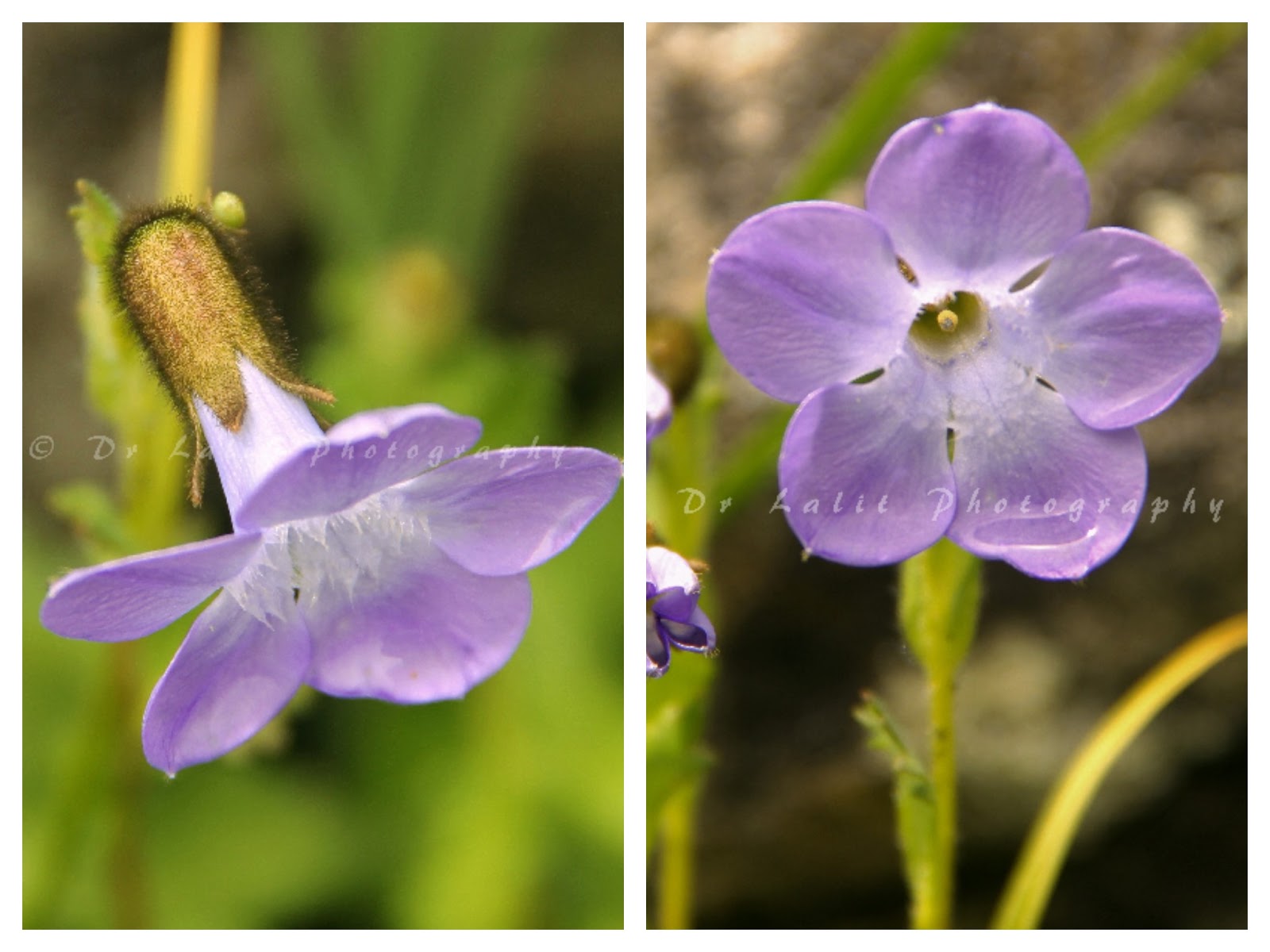 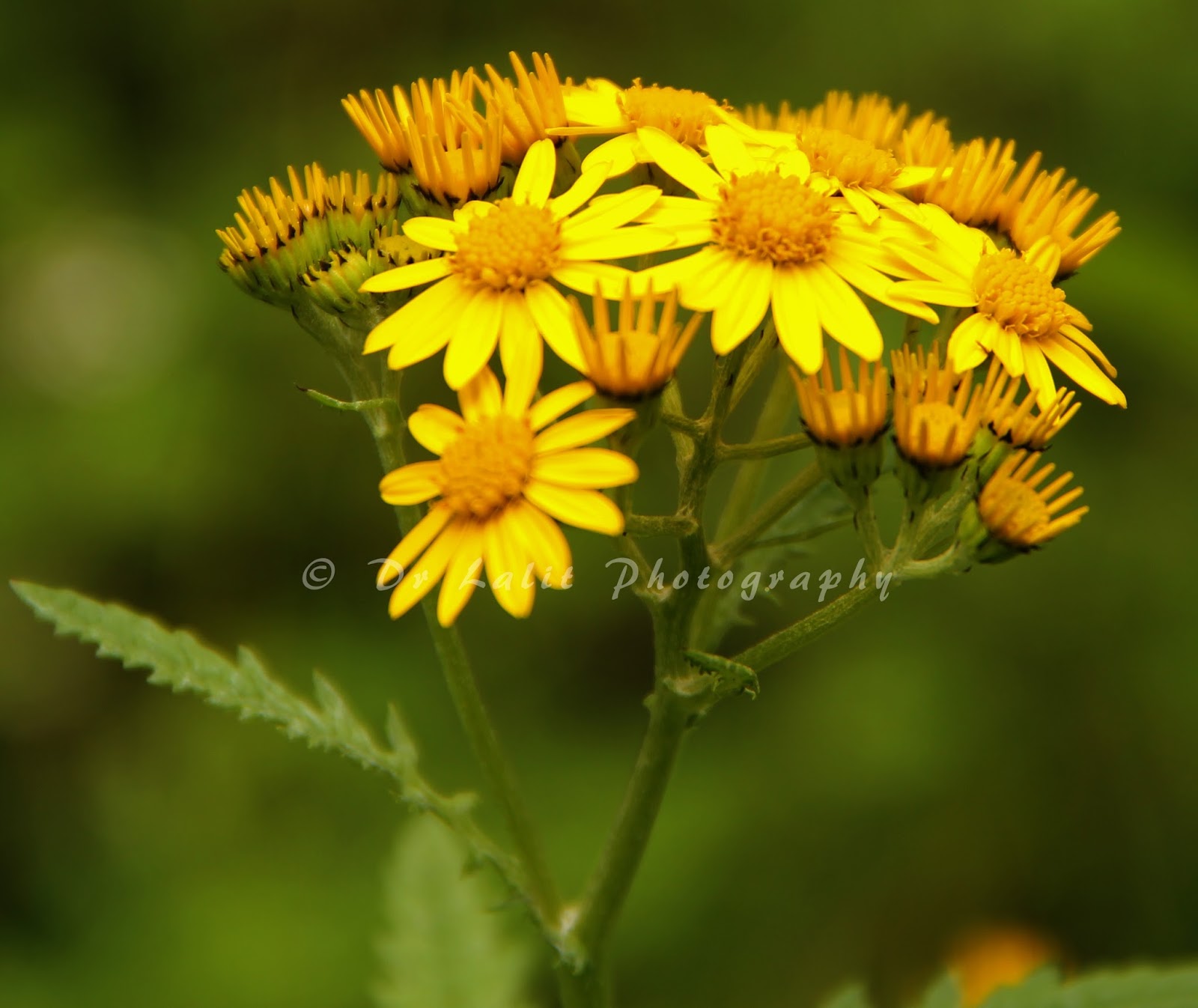 DIVERSE LEAVED SENECIO /SENECIO RAPHANIFOLIUS:
Diverse Leaved Senecio is a perennial. The lower leaves are divided pinnately, rounded terminally. Beautiful yellow flowers appear in compound-corymb shaped heads. Flowers are shaped like Cinerarias, which belong to Senecio genus too. However, the central dark-brown disk is larger than the "petals" or the ray florets. The ray florets themselves are yellow, elliptic, grooved and notched at the tip. Light and cool tendency, tolerant to wetness. Found on the grassy slopes of the Himalayas at altitudes of 2300-3900 m. The older name Senecio diversifolius has been changed to Secencio raphanifolius. The species name raphanifolia means fast appearing leaves. 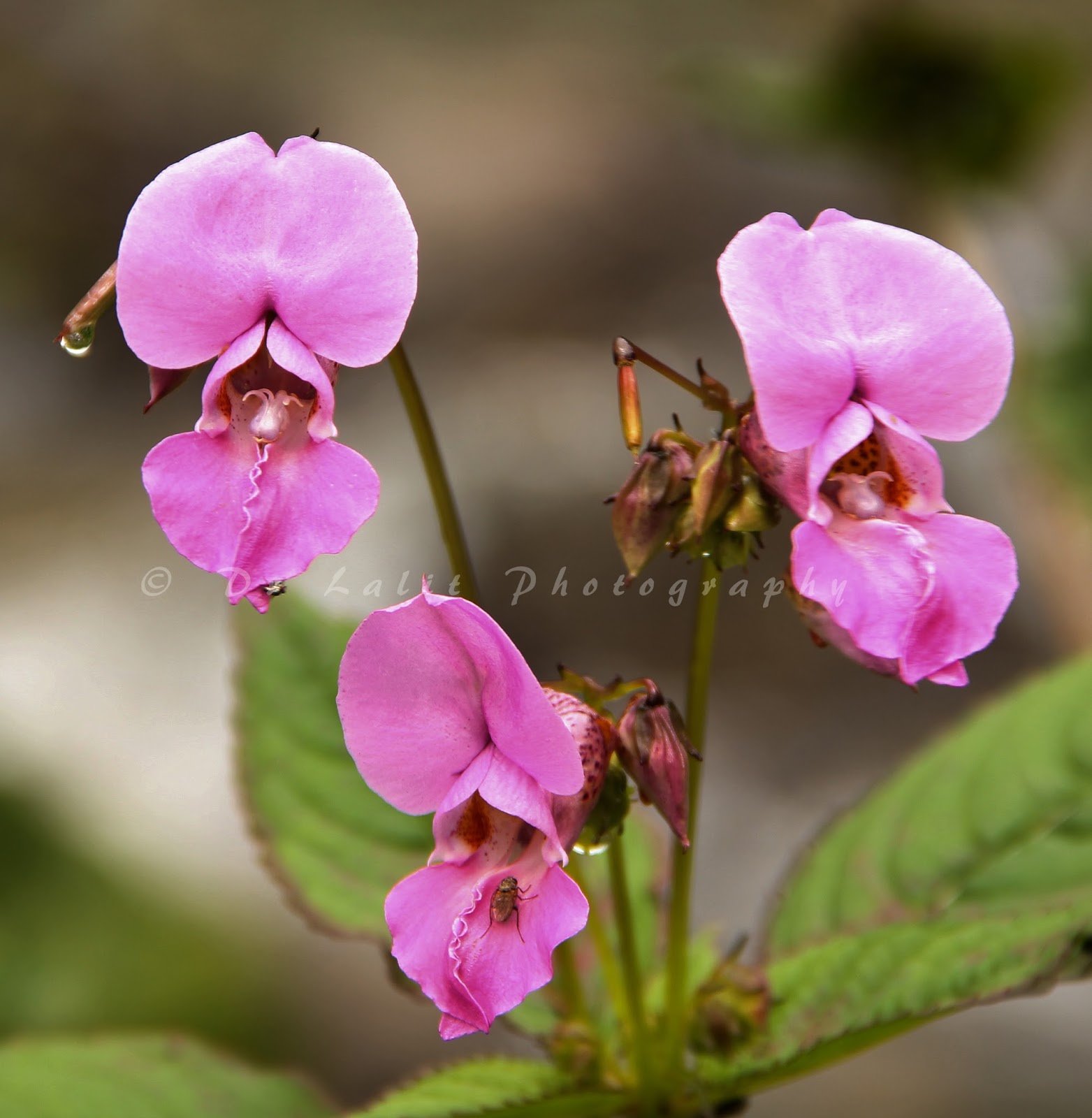 Clasping-Leaf Balsam is an annual herb. Stem is square in cross-section, with glands at nodes, hairless, simple or few branched. Leaves are opposite in lower part of stem, alternate in upper part of stem, stalkless. Leaf blade is oblong or oblong-lanceshaped base rounded or cordate, stem-clasping, with globose glands, margin saw-toothed throughout, teeth mucronulate, tip long-pointed. Flowers are borne in umbel or raceme-like. Lower sepal is obliquely sack-like, abruptly narrowed into an incurved short spur. Upper petal is nearly circular, tip is rostellate. Capsule is subcylindric. Seeds black-brown, obovoid. Clasping-Leaf Balsam is found in the Himalaya at altitudes of 2700-3200 m. 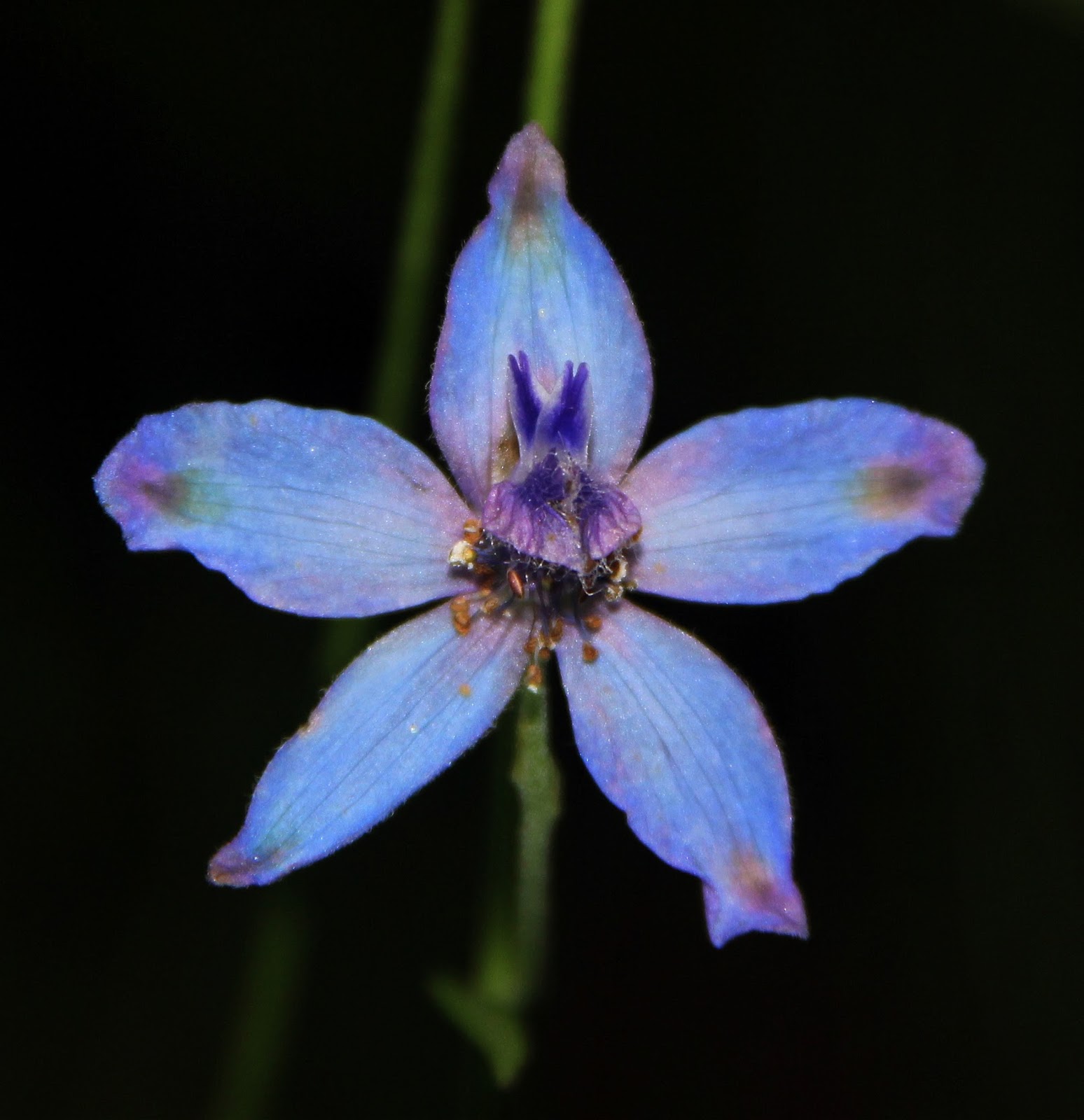 Jadwar is critically endangered Himalayan herb, which was once commonest species. It is distinguished by its relatively small blue or violet flowers, borne in a widely branched inflorescence with a few spike-like clusters. Upper inner petals are white, the others blue. Jadwar is found in the Himalayas, from Pakistan to C. Nepal, at altitudes of 1500-2700 m. Medicinal uses:  It is one of the important drugs used as indigenous medicine in India, especially in Unani medicine. The roots of the plant are reported to be useful in a variety of ailments such as aconite poisoning, brain diseases, fungal infection, piles and toothache as analgesic and astringent. 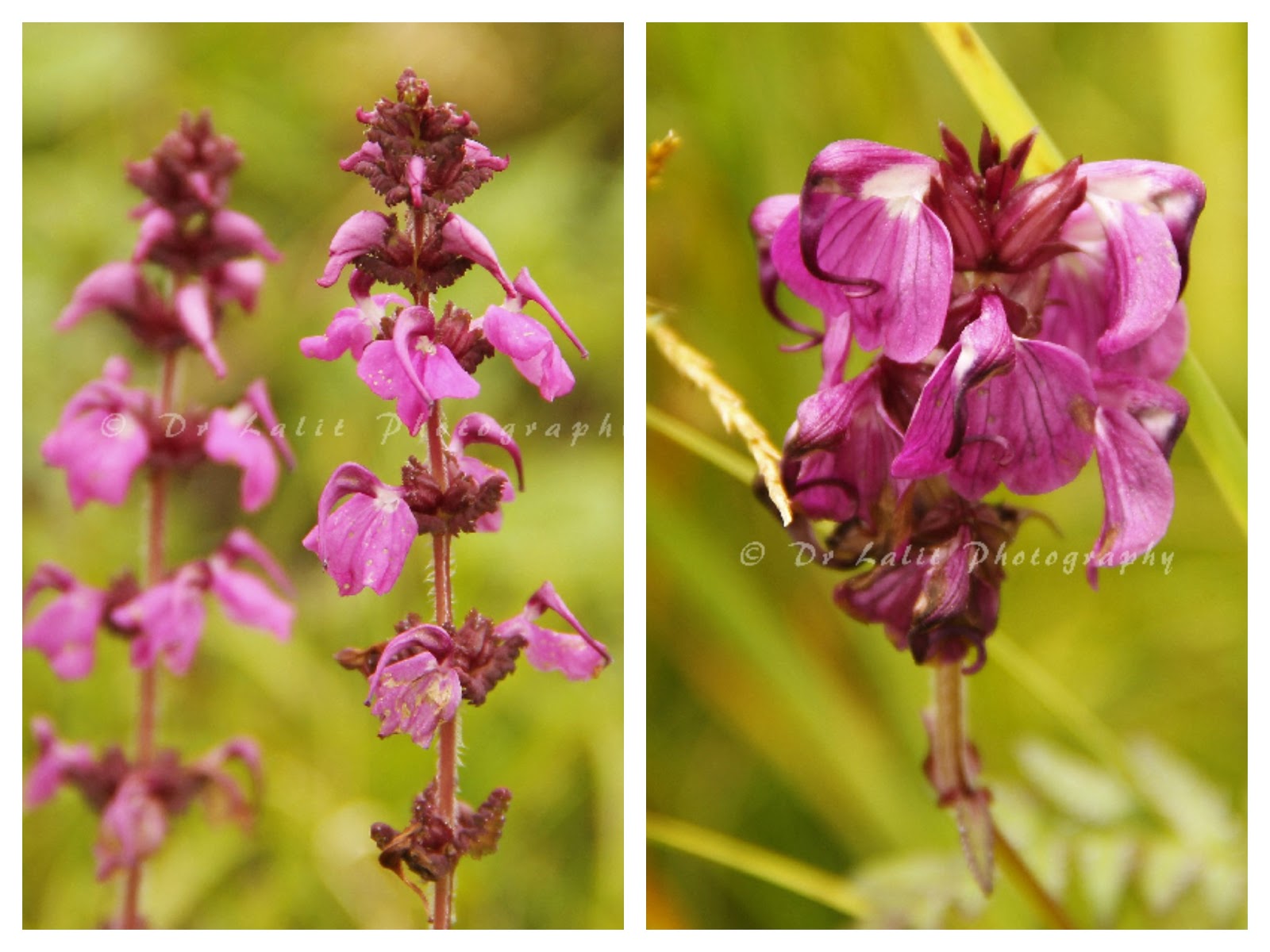 Paired Flower Lousewort is a perennial characterized by lax flower spikes or heads, having 2 flowers each. Flowers are reddish purple, Bracts are leaf-like, broadly ovate, with short broad petioles, as long as the calyx. Paired Flower Lousewort is found on open grassy slopes, in close turfs, in grassy hollows on open hillsides in the Himalayas, from Chamba to C Nepal and S Tibet, at altitudes of 3600-4500 m. 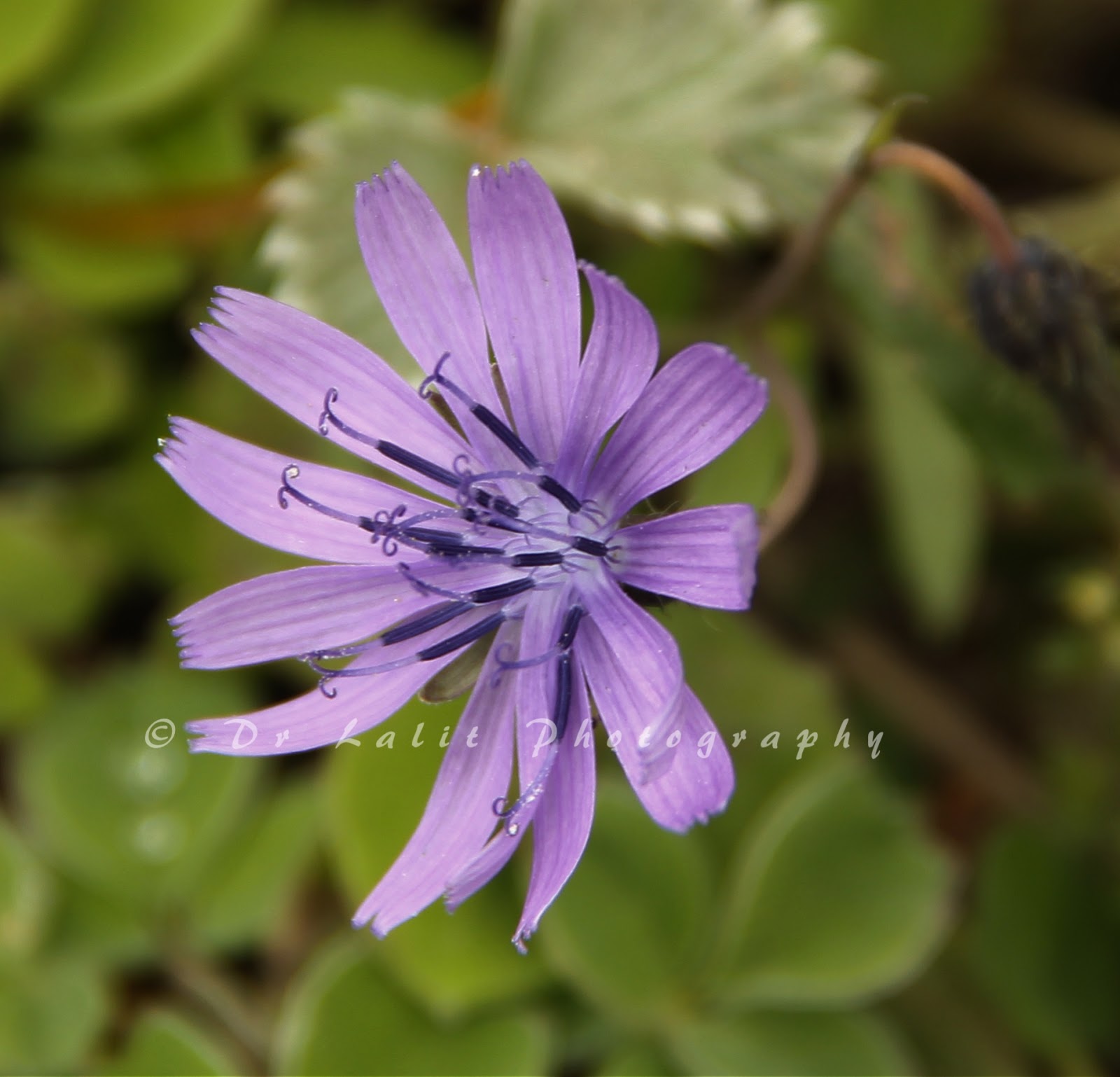 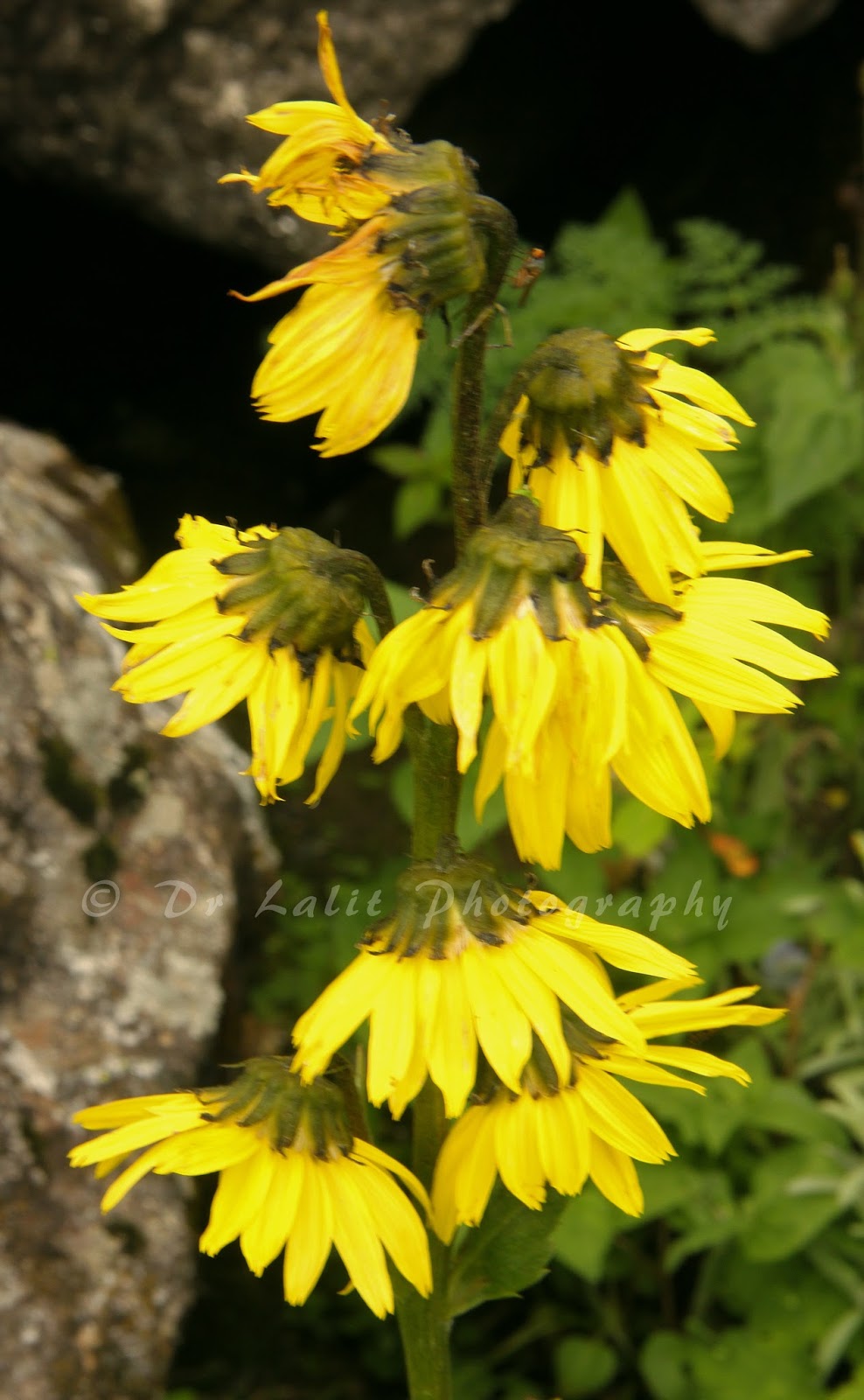 Himalayan Daisy is an eye-catching wild-flower with yellow daisy-like flower-with a dark central disk. The species name arnicoides means resembling Arnica flowers. Nodding flower-heads are borne several, in a spike-like cluster.  Bracts at the base of the flower-head are elliptic pointed, fused at their bases. Basal leaves are carried on long, winged stalks, and are up to a foot long, ovate-oblong, coarsely toothed. Stem leaves are progressively smaller, more pointed, and stem-clasping. Himalayan Daisy is found in the Himalayas, from Pakistan to SW China, at altitudes of 3300-4800 m. 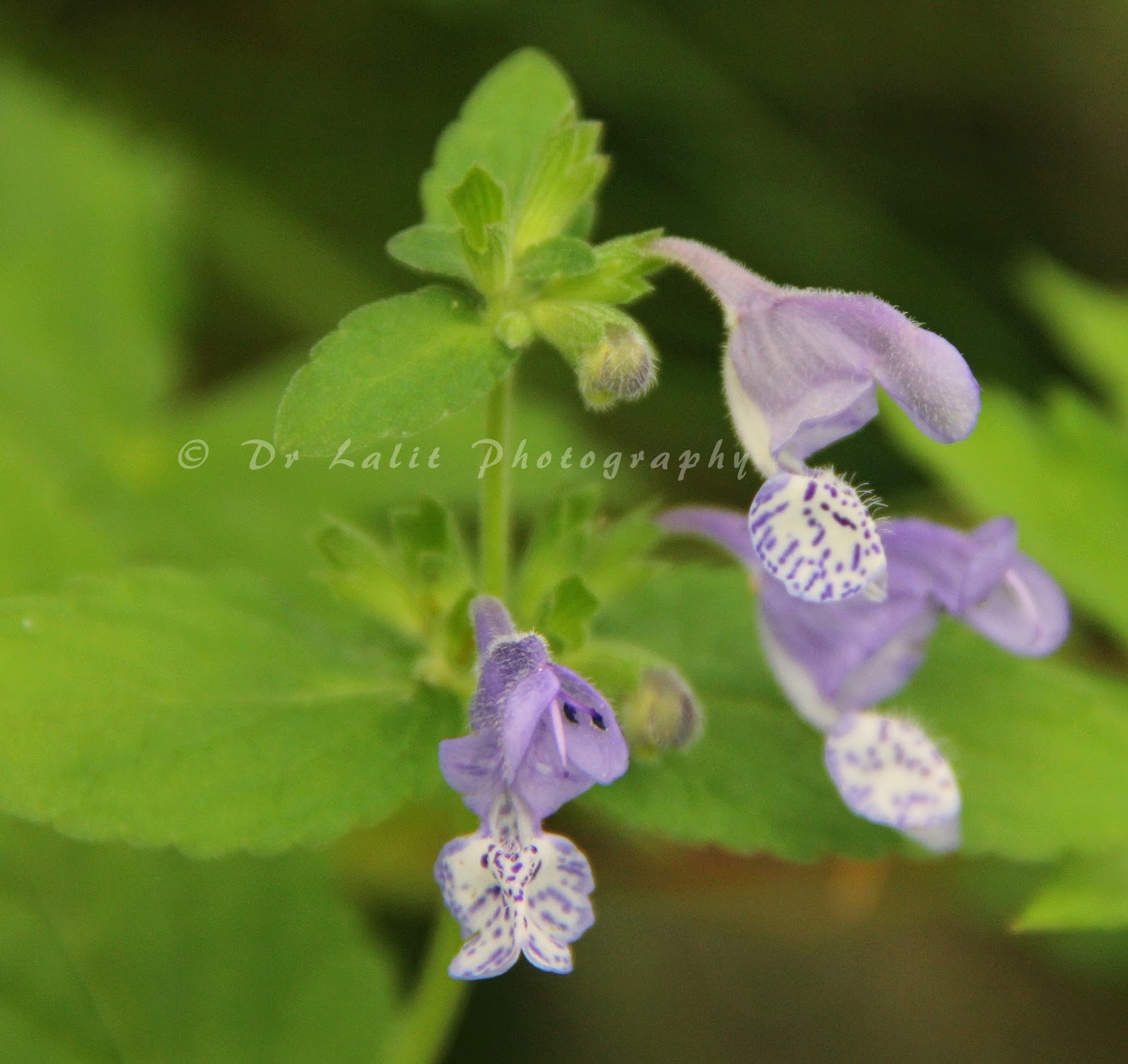 Erect Catmint is a wildflower found in the forests and open slopes of the Himalayas, at altitudes of 2100-3600 m. Flowers are large, blue to blue-purple, with a curved flower-tube much enlarged at the mouth and with a large lower lip, borne in separated whorls. The whorls are subtended by longer leaves. 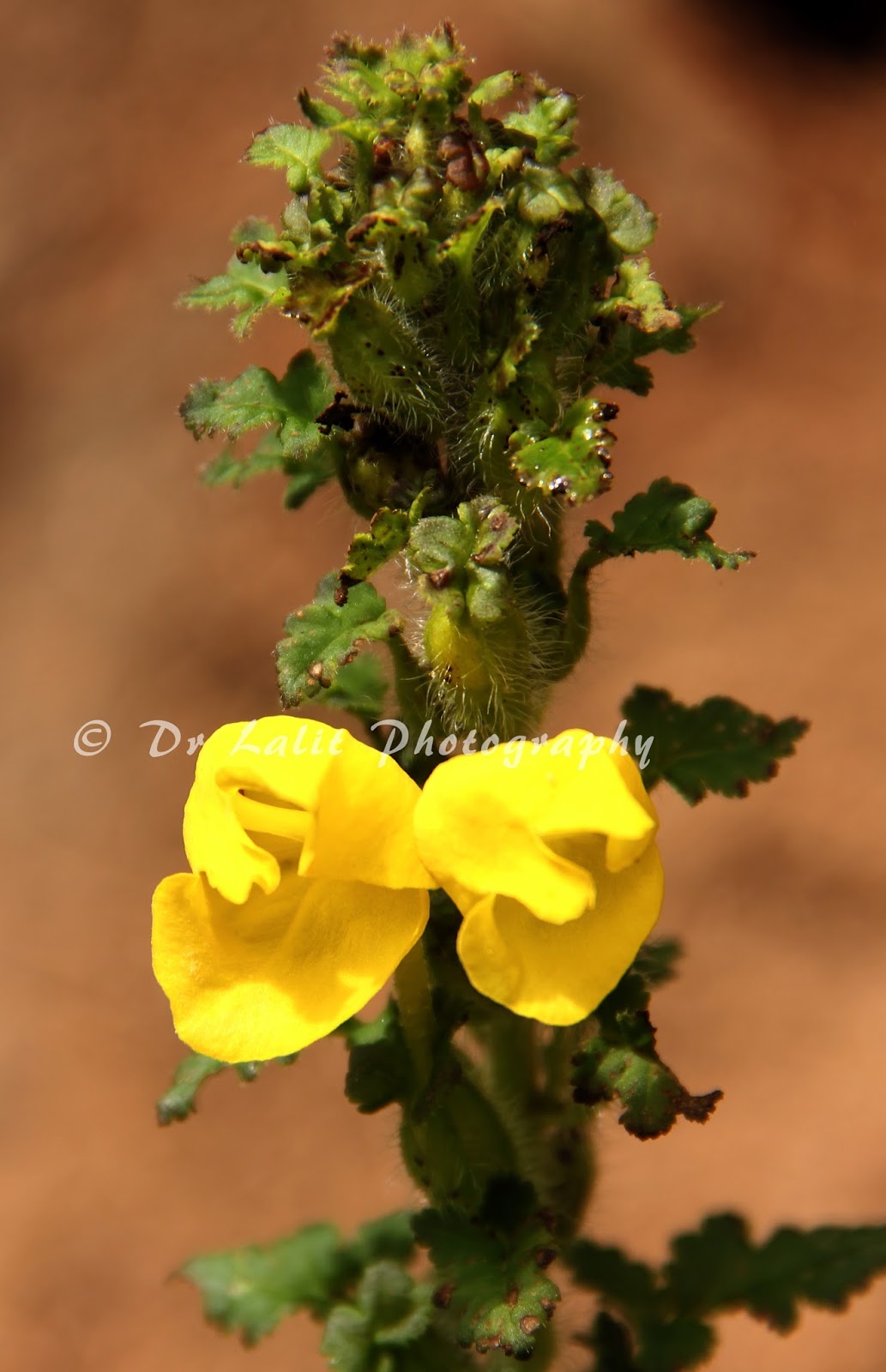 Horned Lousewort, the curious species, inhabits tough and sometimes inaccessible areas of the Himalayan cold deserts. The plants are tough and sturdy and the corolla of these flowers are closed in a ball-like fashion to cover the delicate vital parts such as stamens and stigma from the outside pressures. The flowers have interesting cultural use in certain Himalayan areas. The flowers are considered an integral offering to please Goddess Kali and get one's wishes fulfilled. Further, no religious ceremony is considered to be complete without the offering of these flowers in the first prayers. The women also make garlands from the flowers to greet each other on important religious occasions and to garland Goddess Kali during festivals. Flower tube is narrow and hairy. The upper lip of the flower is s-shaped or spirally curved with slender two-lobed beak.


If misidentified any, Pls write here.